When a couple in New Zealand discovered something extraordinary in their garden, they initially thought it was unusual fungal growth. Following further investigation, they learned it was a gargantuan, albeit “ugly” potato. The vegetable weighed in at a remarkable 17.4 pounds. The couple named the super spud Doug and contacted Guinness to document the discovery.

When informed about the titanic tater, Leigh Vaughn, director of produce for AFS, said, “Our team at Associated Food Stores sells thousands of pounds of locally grown potatoes every week so naming them all would be a bit problematic. But this monster definitely deserves a name and a place in the spud hall of fame!” 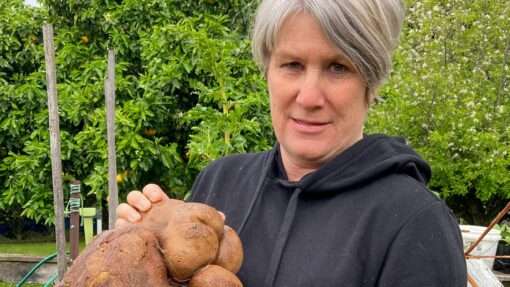 Click on the link below to see additional photos and learn more about the phenomenal find: