Representatives from Macey’s, Dan’s, Lin’s, Dick’s Market and Fresh Market were all on hand to demonstrate their bagging prowess. Darin Peirce, vice president of ARO, welcomed the group and extended sincere appreciation to the many individuals who demonstrate their commitment and skills to care for guests every day. Ashlee Johnstun, Candice Fischer, Brandon Allred, Amber Condie, Whitney Ashdown and others organized and led the fun-filled event. 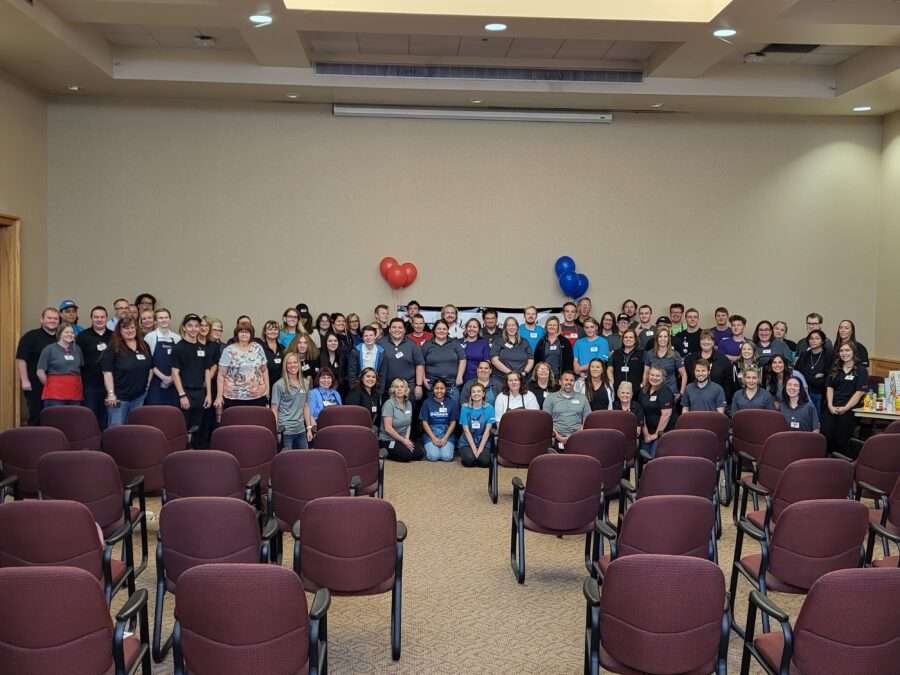 After judge introductions and a review of rules, baggers battled to earn the opportunity to represent ARO at the state level. During the competition, baggers are judged and receive points in four areas: speed (10 points), proper bag building technique (10 points), distribution of weight between bags (5 points), style, attitude and appearance (5 points).

“It is so fun and rewarding to see the hard work of so many people paying off,” said Ashlee Johnstun, director of customer relations at ARO. “Baggers, cashiers, front-end managers, store directors and others all play important roles in creating wonderful checkout experiences for our guests. This competition highlights the skills and attitude that make our stores leaders in customer service.”

Team members are encouraged to watch for video coverage of the bagging competition on the next episode of AFStv.