In 2014, John and Jennifer Llewelyn were seeking change and opportunity. John, a dental hygienist decided to take a substantial risk and purchase a 4,000-square-foot store on Main Street in Riggins, Idaho. The store would be the Llewelyn’s first foray into the grocery business which they called Riggins Whitewater Market. 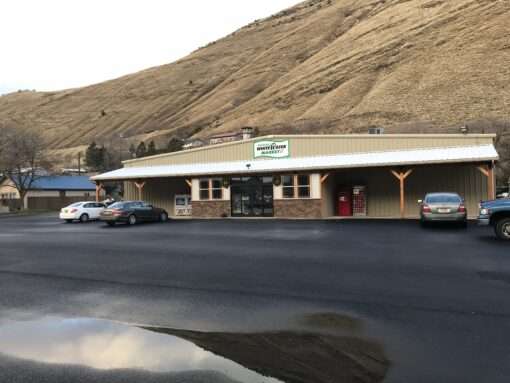 Located in an old building, the store did not function well. Space was so limited pallets were broken down outside. Additionally, the town struggles with frequent “brown outs” and has a small workforce. Despite these challenges, the Llewelyn’s leaped into store ownership with both feet.

According to the 2010 census, there were 419 people, 239 households, and 116 families residing in Riggins. However, each summer Riggins’ population blossoms. Riggins is a hub for outdoor adventures in North Central Idaho. Rafting, kayaking, fishing, and hunting are available, and campgrounds surround the area, allowing access to scenery and wildlife. Visitors can pan for gold in the river gravel, and guides and outfitters provide assistance.

The Seven Devils Mountains and the Hells Canyon National Recreation Area are just a few miles southwest of town. With so many visitors, John and Jennifer anticipated the store could be successful through a combination of smart investments, impressive troubleshooting, and hard work.

First, the owners decided to build a replacement store designed to offer the necessary selection and minimize labor needs. They started with a 12,000-square-foot store making it possible to unload trucks and roll frozen, produce, meat and dairy directly into their coolers. Grocery and GM could be staged at the end of each aisle and the backroom. They left the option to expand the store if needed by locating the frozen food department on the first aisle and not on the perimeter wall of the store. After 18 months, the store needed to expand so 3,000 square feet were added to the side of the building. 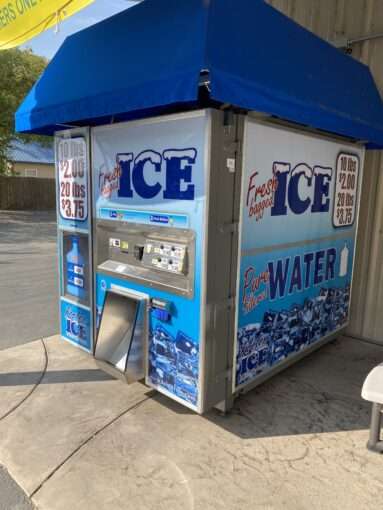 Tony Obrien, the store’s retail counselor, is quick to sing the storeowners’ praises.

“To deal with the frequent loss of power, they were able to find a used generator from a hospital with a 300-gallon diesel tank,” said Tony.

“We installed this to keep the store up and running when the town experiences brownouts, which happen at least three times per year. Outside of the hospital, this store is just about the only place open when the power is out.”

The store invested in an ice vending machine located outside the store for 24-hour access. The vending machine produces 1,500 bags a day and fill five-gallon water jugs. The store also three check stands and just installed two self-checkout stations. Riggins Whitewater Market is active on social media and has more than 1,000 followers on Facebook and many more on Instagram. The latest move the store made was to buy an apartment building (13 units) so the store can offer a place to live with employment. The store is not making profit on the rent, it just pays the mortgage payment.

“It is so impressive to see what this store has accomplished,” said Tony. “John and Jennifer have a plan for where they want to be in 10 years and it’s incredibly rewarding to see them making strides toward their goal. The store has seen significant sales increases and it is so great to see hard work pay off.”