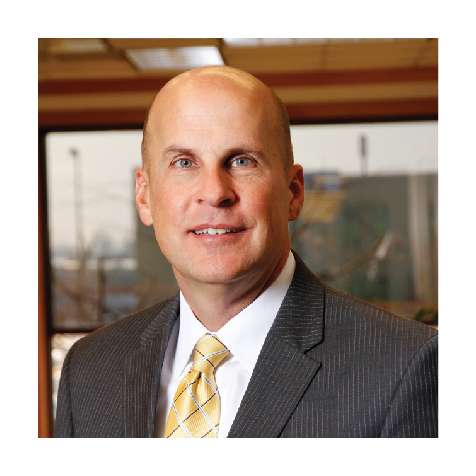 Robert (Bob) Obray, has been promoted to Executive Vice President, and will also retain his responsibilities as Chief Financial Officer of Associated Food Stores (AFS).

Along with his current responsibilities as CFO, he will also be tasked with the critical role of leading the development of the 2020 and Beyond Plan, a strategic plan analyzing every facet of business at Associated Food Stores. This promotion was made with the unwavering support of the AFS Board and CEO Neal Berube.

“Bob has my utmost support. Throughout Bob’s career at Associated, he has excelled and has shown an exemplary level of leadership. I look forward to the many wonderful things Bob will accomplish in the coming years,” Neal said.

A graduate and master’s recipient in Accounting from Utah State University, Bob is currently celebrating his 16th year of employment at AFS. Prior to working for Associated Food Stores, Bob worked for Deloitte 11 years.

A family man, Bob met his wife, Jen when they were in the second grade. They were married when Bob was 21 and have three married children together, Lindsay, Trevor and Chandler. Bob doesn’t shy away from the title of grandpa, with three grandchildren. His wife Jen works as a 4th-grade school teacher.

In his free time, you can find Bob taking in fresh air from the great outdoors—you will likely spot him on the lake with his family, humming along to his favorite Country music tune. (Likely a selection from Jake Owen or Dan +Shay.)

Bob, like many other team members at Associated Food Stores, has a passion for helping our local retailers be successful. As a child, Bob has fond memories of learning the foundations of hard work, as his parents were small business owners in the construction trade. Bob often got his hands dirty helping with a variety of projects and came to know the “all-hands-on-deck” way of life, which is a common theme in a family-owned business.

We congratulate Bob and wish him continued success at Associated Food Stores.