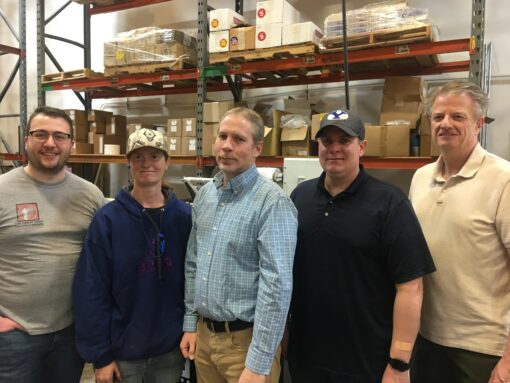 Whenever team members or guests see a label on fresh-packaged products like bakery, delicatessen and produce items, they have the Associated Food Stores’ Print Source team to thank.

The AFS Print Source team consists of Kent Burgess, Bryan Clark, Ryan Burgess, Katie Helfrich and Steve Nicholes and they are the driving force behind the label program’s success. The AFS label program began in late 2019. The goal was to provide labels for stores’ fresh departments in a more efficient way. These labels typically run through a specialized printer at stores to apply the item-specific data on store-branded labels. 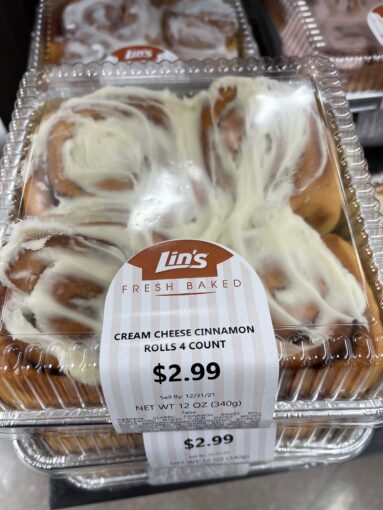 Through 2019, stores were struggling to get these much-needed materials from AFS’ previous vendor and AFS Print Source took on the task to provide this service. Kent Burgess spent considerable time, including some sleepless nights, putting the plan together, crunching numbers and organizing the team. He knew the team would need to learn new things and add equipment, but he also knew the group had a long track record and a significant amount of experience in providing print solutions to AFS retailers through the years. The Print Source team has continually adapted its shop to accommodate the ever-changing needs of AFS retailers. As a resource to member stores for over 40 years, the team has become very good at pivoting efforts to meet retailers’ needs.

With unwavering support from the AFS leadership team and ARO, the print team dove headfirst into developing the in-house program. It took faith, foresight and patience from these two groups, but paid large dividends later.

The team faced many challenges along the way. Much like retailers, the AFS print shop has experienced turnover in key areas that impacted the amount of labor AFS could apply to this effort. Additionally, supply chain issues caused a rocky start. Steve Nicholes scoured the country, scrounging from multiple suppliers to find label stock to keep the system up and running. Toner has been in short supply as well. The complexity of equipment required to produce roll-stock labels provided challenges as well.

“It’s all a finnicky process that takes a great deal of trial and error to efficiently produce enough to keep up with the demand,” said Steve.

Starting out, the team only provided labels to meet ARO’s needs as an initial test. That proved to be a sizeable number of labels and the print team struggled during the first few months to meet the demands for 175 to 200 cases of labels per month.

Kent knew the team needed more throughput and knew if they kept their converting machine running as much as possible, they would produce more rolls of labels. They began tracking their “lead measures,” or machine “up time” hours and systematically increased production. The team offset shifts and adjusted schedules to keep the machine running through lunch hours and breaks.

Bryan Clark and Ryan Burgess were dedicated to keeping the machine running as much as possible, “almost to the point of being obsessive,” according to Wayne Dalton, creative manager.

Another big improvement happened when the team observed that set up was taking significant time and applied several improvements to have mechanisms and supplies ready in advance. Through trial and error over several months, Bryan and Ryan doubled the speed at which they were running the equipment.

About eight weeks ago, the team realized even with all their improvements, they were going to hit capacity again. Between sickness, vacations, other emergencies, etc., the team didn’t have consistent labor to keep the machine running enough. As more member stores joined the program, they had nearly doubled the volume from where they started.

The group hired another team member and extended operator hours per day even further. This provided enough operator hours to cover inconsistencies like sick time, vacations and other rush work. Today, the team has really hit their stride and now has some available capacity. Katie (the newest team member) has been a great addition to an already stellar team. She has mastered the equipment in record time. It’s the first time since beginning that the team can approach stores about joining the program knowing the group can handle the increased business. Print Source team managers are currently looking at equipment to expand capacity again knowing there are so many stores that can benefit. 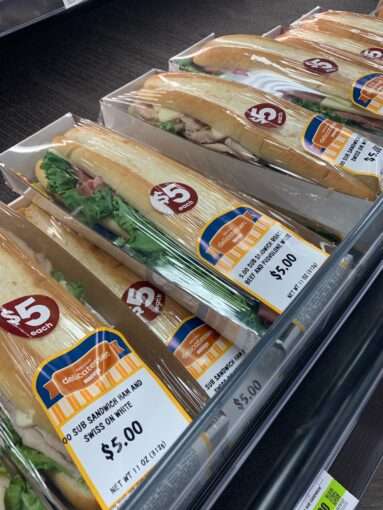 “The team has done an amazing job and have used principles outlined in The 4 Disciplines of Execution to establish realistic goals and make necessary process improvements all along the way.” said Jason Sokol, vice president of marketing. “Early on in their process, the team established a goal for producing a certain level of cases of labels per week. The team has done an amazing job challenging themselves to think differently – addressing everything from general support processes and procedures to how to use labor differently throughout the day.”

“Our label program is becoming a huge success for AFS. In a little more than a year, we can turn product much faster than our previous vendor and we really feel like we solved a major pain point for the stores who came onto our program,” said Wayne. “This amazing team has endured all of the stress and hardship of learning how to provide this service in record time. I knew it was a hard ask when we started down this road, but they have met the challenge and exceeded expectations in so many ways. They never gave up when it seemed impossible. They’ve shown a ton of heart, ingenuity and dedication to get better and improve the process for our retailers every day.”