In 1992, Glen began working as a loader in the produce integrated department in Salt Lake City. His primary role was to hand-stack entire trailers including grocery, frozen, deli and produce.

“This was prior to palletizing and putting a load together took a lot of hard work at that time,” said Glen. 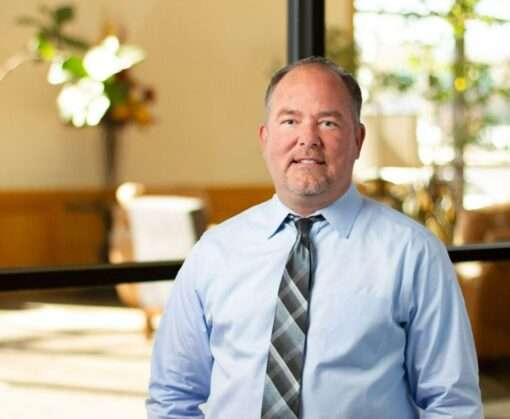 After a few years as a loader and selector, Glen became a produce integrated team leader. In this role, Glen and others backed in all the trailers to the warehouse which led to Glen accepting a position in the newly formed “centralized routing department.”

At the time, drivers from different warehouses followed each other around delivering product to retail. This pattern meant loads were made at much higher frequencies.

“In those days, Dan’s might get 25 deliveries per week,” said Glen. “We worked to be more efficient to bring the count down to 5-6 deliveries per week without sacrificing freshness. It was during this time I began more frequent interactions with retailers. Those interactions gave me a view of how they look at things. They became great mentors to me to help me understand the business.”

In 1999, Glen became the supervisor of routing which led to significant involvement in the move to the Farr West Distribution Center in 2001. During this time, all retail delivery schedules where changed and local stores began receiving fully integrated deliveries.

“There were a few months during that time that are just a blur,” Glen said with a smile. “Everyone was helping in herculean ways. Members of the executive staff were picking orders. It took a monumental effort from so many people to make that move and I appreciate the foresight of those involved. Our move to Farr West made so many great things possible.”

In the following years, Glen become the logistics manager, distribution manager and then director of transportation.

“This was my first time directly leading the driving team,” said Glen. “It was a great experience for me to be part of such an amazing team. The drivers really are the front-line of our business and I appreciate all they do to help the company be successful.”

In 2019, Glen became the vice president of distribution and loves the opportunities to work so closely with the many teams in Farr West.

“I always really enjoy the David vs. Goliath-approach of Associated Food Stores,” said Glen. “I’ve seen how devastating it is when big box store takes over a community and it’s awesome to see how, as a team, we help community retailers succeed. Throughout the years, it’s been so rewarding to see team members grow together to become better employees and, more importantly, better people. I’m incredibly proud to be part of such a wonderful team. AFS is family to me.”

While Glen acknowledges that 30 years is a long time, he is also excited about what the future holds.

“I’m really looking forward to how distribution changes in the future,” said Glen. “The team continues to rise up and overcome the challenges. Our warehouse modernization project is just one example. Our jobs are so exciting and there is so much happening. I’m honored to be a part of it.”